I was so looking forward to this theme as the challenge presented itself to do something completely different and not really something I'd thought about or explored before.

The origins of female hysteria had me intrigued...

"The history of the notion of hysteria can be traced to ancient times; in ancient Greece it was described in the gynecological treatises of the Hippocratic corpus, which date from the 5th and 4th centuries BC. Plato's dialogue Timaeus compares a woman's uterus to a living creature that wanders throughout a woman’s body, blocking passages, obstructing breathing, and causing disease. The concept of a pathological, wandering womb was later viewed as the source of the term hysteria, which stems from the Greek cognate of uterus..."

Thankfully, times have changed (but sometimes I do wonder!) In any case, I wanted to portray my interpretation of the theme in a fitful and chaotic kaleidoscope, with a glimpse of madness and urgency. 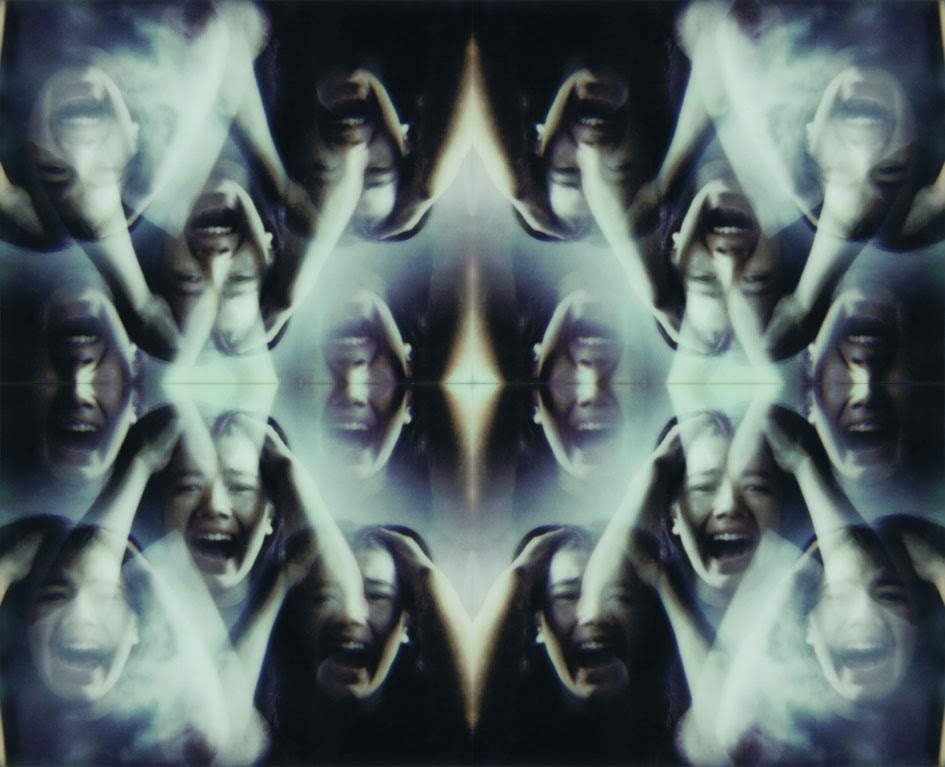 Posted by rachaelb polaroids at 03:03